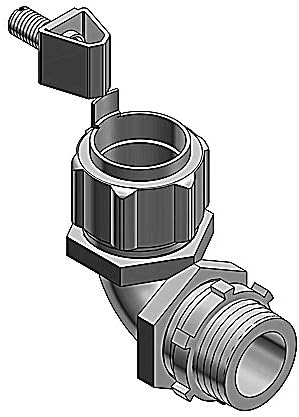 Human Love Elevated to the Divine

Bernardino Luini is best known as the alter ego of Leonardo da Vinci. And, it is true, for a long time their works were attributed one to the other and vice versa. But, in fact, painting on canvas formed only a marginal part of Luini’s oeuvre: he was primarily a frescoist. Since on the one hand most of his frescoes have been lost and, on the other hand, Leonardo’s work has since attained mythic status, posterity remembers only of Luini what can challenge Leonardo.

Thank God, a remarkable ensemble of frescoes by Luini has been saved and is today in the collection of the Brera Museum (Milan). Its theme is the marriage of the Virgin Mary. The element presented here on the cover of your Magnificat dates to 1520. We find Mary and Joseph at the head of a wedding procession following the celebration of their marriage. This stunning work lends credence to his contemporaries’ judgment that Luini’s free and fertile genius had attained unparalleled heights in the art of the fresco, an unforgiving medium that allows for no hesitation or second thoughts. And it is in this that, between the carefully calculated, refined, and subtle perfectionism of Leonardo’s painting and the lively, playful, imaginative art of Luini, it must be said, there lies a great chasm.

The very free naturalism Luini allows himself in depicting the future parents of Jesus is startling, even for this period of the Renaissance when artists enjoyed such great latitude, as evidenced in the nudes of the Sistine Chapel (1512). In a departure from traditional iconography, which represents Joseph as an elderly man, always at arm’s length from and in the shadow of Mary, Luini dares to depict a couple of similar age, one as attractive as the other, who clearly seek to share the joy of their marriage as newlyweds in love. Such is Joseph’s happiness that the smile that enlivens and lights up his face radiates his joy. The gaze he gives his bride is one of the most beautiful declarations of love in the history of painting. Mary’s face however retains an expression of the unique mystery of her destiny. We read there that dimension of interiority specific to her who, rather than displaying her emotions and expressing her feelings, kept them in her heart and gave thanks to God. Yet it is just that reserve that renders her love for Joseph, which we see in her eyes and read on the delicate set of her lips, all the more profound and moving.

With Saint John Paul II, we may go on to contemplate this wonderful artistic expression of the working of the Holy Spirit through which, according to Vatican II, “in Christian marriage, human love is elevated to the rank of divine love”: “At the culmination of the history of salvation, when God reveals his love for humanity through the gift of the Word, it is precisely the marriage of Mary and Joseph that brings to realization in full ‘freedom’ the ‘spousal gift of self’ in receiving and expressing such a love.”

A boy stands with his hands loosely clasped before him, draped in an indistinct garment that blends so subtly with the surrounding ground, plants, and air that he seems to merge into them. His face, however, radiates with a clarity unknown to the surrounding world, reflecting light from the vision that holds his slate-blue eyes. Behind him a gold-clad angel directs the boy’s gaze to the source of the light, but the angel’s eyes are elsewhere: the angel looks at the boy looking at the light.

A vision of visions

In 1919, when Abbott Handerson Thayer was putting the finishing touches on his Boy and Angel, an interviewer asked him to explain what he thought artistic creation was like. Thayer responded: “After the artist has lived, for a certain period, in worship of some particular specimen or type of the form of beauty dearest to him, this crystal-like vision forms, clearer and clearer, at the bottom of his mind,” the representation of which becomes the work of art. Painfully aging and faced with collapsing mental health, Thayer created in this work a physical manifestation of his idea of art: a nested series of visions, with the viewer beholding the painter beholding the angel beholding the boy beholding a vision of light. Still more, the work is an expression of hope, that through this gazing we too will come to see the “form of beauty” the boy sees, and join in his worship.

But what the boy sees is not the only drama in Thayer’s vision. The boy emerges from the blurred confusion of thick, obtrusive brushstrokes and becomes truly, recognizably himself only when he is sheltered in the lee of the angel’s arm, growing clearer and more distinct the more he is overshadowed by the angel. Likewise, the angel’s large, dark wings overfill the top of the canvas, and the rich gold of the robe distinguishes the contours of the visionary’s form, yet the angel’s lower half disintegrates and vanishes, leaving only the boy’s insubstantial legs tying them both to the earth. They are somehow joined without being merged; the angel frees the boy to transcend the shapeless background world and become truly himself by beholding the vision the angel shows him, but the boy also in some manner manifests the angel to the world by being himself a place where heaven and earth meet.

Thayer’s deceptively simple vision offers the viewer a glimpse of what the relationship between a human being and a guardian angel is actually like. Most aspects of conventional guardian angel imagery are absent: the angel carries no sword, the boy does not seem to need to be rescued, and in fact any hint of danger is completely absent from the scene. But guardian angels are not merely a divine disaster-rescue squad. Their chief mission is to bring the person they guard to heaven and to fortify their freedom for holiness while on earth. Thayer captures the intimately personal nature of this relationship precisely: the angel does not compel the boy along the way of holiness by the sword, nor does he simply chase away every physical threat. Rather, the angel strengthens him in his individuality, so that the boy can become who he is by gazing on the face of God. Likewise, the boy’s life on earth is a manifestation of the life-giving love he receives from his guardian angel, insofar as he is strengthened to avoid sin, healed from its legacies, and lifted into the divine love for which he was made.

Yet for all the richness of Thayer’s vision, he was by taste but little interested in traditional theological views. A convinced follower of Ralph Waldo Emerson, Thayer was profoundly in love with nature and its beauties, yet disavowed any notion of a supernatural beauty. His insight into the nature of the guardian angels came from another source: a father’s love. In the 1880s, having lost two children and laboring under the twin weight of his own and his wife’s mental illness, Thayer began painting his own children in poses adapted from Renaissance religious art, working through countless variations of scenes with his eldest daughter flanked by his younger daughter and son in poses evoking the Virgin Mary with Christ and John the Baptist. And everywhere, wings: his daughters standing with wings, portrait-sitters perched on rocks with wings, women floating in air with wings, and on and on. He didn’t want to make a religious statement; he just wanted to show the transcendent beauty of real women—and found he had to make them saints and angels to do so.

In Boy and Angel, Thayer shows us a father’s vision of the transcendent beauty of real boyhood and manhood, with the winged, gold-robed figure manifesting all the good gifts a father wishes to give his son: protection, growth, maturity, freedom, love. But that was not enough to express the full beauty of being a child, or being a father. For that, he lit upon a truth that was to him perhaps just a story, but has been for Christians the clearest reality since the very beginning: a guardian angel who not only shows the child a father’s love, but raises him in the full light of the Father’s love. And here, all of us together—the boy, the angel, Abbott Handerson Thayer, our guardian angels, and we ourselves—can fix our gazes on the one vision of the form of perfect beauty and worship.

Dominican priest of the Province of Saint Joseph
and doctoral student at the University of Chicago.